Prior to joining the Valencia faculty in 2007, I was adjunct faculty for Eastern Michigan University in Ypsilanti, MI, and Washtenaw Community College in Ann Arbor, MI. I taught Philosophy and World Religions. I also was adjunct faculty at Trinity Lutheran Seminary, Columbus, OH, and the Ecumenical Theological Seminary in Detroit, MI.
I am a.b.d. on a Ph.D. from the Graduate Theological Foundation and hold a D.Min. from the same institution. I hold an M.Div. from Hamma School of Theology, Wittenberg University and a B.A. with Honors in Philosophy also from Wittenberg University, Springfield, OH.
In 2008-9, I completed 9 graduate credit hours in Philosophy at University of Central Florida to upgrade my certification.
I was born in Dayton, OH and lived and worked in Ohio and Michigan until moving to Orlando in December, 2006.
I completed a 37 year career as an ordained pastor in the Evangelical Lutheran Church in America. In that capacity, I lived and worked in Jerusalem, Israel among Palestinians on the West Bank and studied Archeology and Historical Geography while there.
While at Eastern Michigan University, I received three distinguished teaching awards including the Cowan Fellowship given by the Department of Military Science for a project bringing my discipline together with a concern for national security. My topic was "religious violence."
During the 2009-10 academic year, I was Visiting Instructor in Humanities and Religion at University of Central Florida. 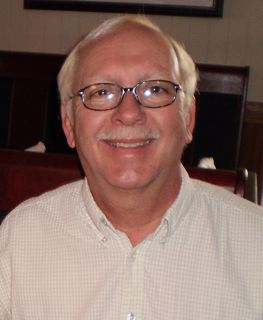