I was born in the city of Newcastle, N.S.W., which is about 100 miles north of Sydney. When I was 2 years old, my parents moved to Perth in Western Australia, where we lived for the next 12 years. I attended primary school and junior high school during these years. We then moved back to Cooranbong, N.S.W. (near Newcastle), where my parents still live. I attended senior high school and college, completing a B. Ed (Sci.) degree in 1979. In 1980, I attended The University of Newcastle, Australia, where I completed an Honors year. In 1981, I taught school in the Cook Islands as a volunteer. After returning to Australia in 1982, I entered graduate school at the University of Newcastle and completed my Ph.D. in Biological Sciences. In 1986, I moved to California to work at Loma Linda University. In 1990, I moved to the University of California, Riverside. In 1992, I moved to Orlando, Florida, where I have been ever since.

Initially, I worked at the Citrus Research and Education Center in Lake Alfred. This research station is part of The University of Florida. In 1995 I joined the The University of Central Florida, first as an adjunct, and then as a Visiting Assistant Professor. I taught biology and plant physiology. I was also involved in the University's program to use the Internet for distributed/long-distance learning. My final project was to mount my general biology course on the World Wide Web. I taught this course in the Spring of 2000. In January, 2000 I joined the faculty of Valencia College, where I now teach Biological Sciences, General Biology I and II, and serve as the Biology Discipline Coordinator for the West campus Science Division.

One thing you should know about me is that I was not an outstanding undergraduate student - a "C" average. However, I learned with time, that sometimes you are offered opportunities to do something that you might not have considered otherwise, usually when a door was closed to something you thought you wanted. When those opportunities arose, I realized that I needed to make the most of them as they might be a once-in-a-lifetime event. From that came a further realization that the result you get directly correlates with the degree you are invested in it. Looking back, I now know that every closed door was an invitation to something better, although it may not have felt like it at the time. I am no longer willing to be average or to settle for mediocrity. Being the best, and doing the best, I can every day is my expectation of myself. I occupy this space at this time and I am where I am intended to be, doing what I am intended to do. 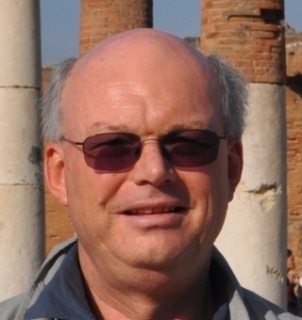