Jennifer Yousif is an Economics associate professor with Valencia College Social Science Department since 2009 . Currently, she is the CEO of Mediterranean Linguistic Services LLC., launched as WOSB in Florida in 2016 to serve the US Army language needs. She has used her native language fluency in Arabic to serve US Army as Special Force Language Training Instructor with USSOC (United Stated Special Force Command), Fort Bragg NC for the past 5 years.

In addition, she conducted round table discussions and briefed senior ranking officials in various topics such as economic, politics, language, Middle East geopolitics, education, terrorism, and culture. She earned her Master degree in Social Science Education with a concentration in both Economics & Political Science from University of Central Florida (2008). Also, she holds a graduate certificate in Community College Education, as well as A Military Training Instructor Foreign Language Certificate (2013)

She is married to Dr. Wael Yousif, Computer Engineering Dept., and they have one son Christian Gabe Yousif (12yrs) recently they celebrated their 20 years anniversary.

Mottoes she lives by:
"Don't ever give up" & "Laughter is the best medicine"

"We cannot solve our problems with the same thinking we used to create them" Albert Einstein. 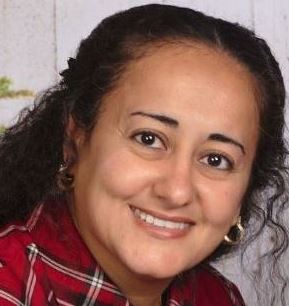