I was born and grew up in Camajuani, Cuba. I received my bachelor degree in Physics from the University of Havana in 1993,. During my degree, I joined a research group studying a new diagnostic method measurement bio potentials in acupuncture points and the application of low power Lasers in medicine following acupuncture laws. After graduation, I worked as Assistant Professor at "Instituto Superior Politécnico José A. Echeverría" (Institute of Technology), where I continued with my research and tough Physics I courses. In 1996, I immigrated to US where I received my Ph. D in Applied Physics from New Jersey Institute of Technology on January, 31 of 2010. Throughout my doctoral degree, I participated in varies projects related to optical sensors, directing my research towards diaphragm based Fabry-Perot interferometric sensors, which was acknowledged in two U.S. patents and one patent application. Also, it offered me the opportunity of publishing my work in varies peer-reviewed scientific journals, participates in numerous international conferences and serve as a peer reviewer of the IEEE Sensor Journal. I have been teaching different subjects (Physics, Astronomy, Algebra, Calculus Differential Equations, Signal and Systems, Thermofluids, Mechatronics and LabView) during the last 6 years at Valencia College, Seminole State College and Polytechnic University of Puerto Rico, Orlando Campus. My research interests include optical sensors and the application of physics to life sciences, specially related to human beings. 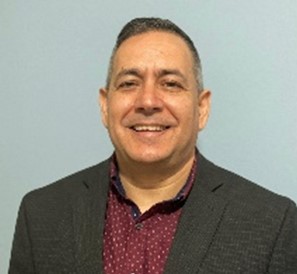 Teaching Philosophy : The education is one of the most fascinating experiences which provides the satisfaction of enjoy the result of your efforts. Education is the foundation for growth, appreciation and respect. As a professor, my priority is to teach, educate and direct my students to be prepared for the future. I am committed to providing the students the fundamental concepts to increase their knowledge, and help them to develop the necessary skills to apply this knowledge to their future career. I always maintain a positive attitude and a strong sense of integrity. I pledge my respect to each and every person who will be relating to my profession. I sincerely believe that if I remain true to my values, I will have a positive impact on all those whose lives I touch. Physics is a difficult field but at the same time an enjoyable and gratifying science. Physics is about mastering concepts; the simple principles of physics can provide awareness into everyday problems. Connecting physics to real life situations is a way to reach students. Challenging the students to think about what they observe in everyday situations is a powerful way to open their minds. Once students master the few physical laws that govern the world around us, they will be able to understand and solve an enormous variety of problems, both inside and outside of physics. I encourage students to think about the concepts, but at the same time, I help them to complete the course requirements, providing lecture notes and other support materials, including summaries, algorithms and tips to solve any problem related to the material. Also, I exhort students to find personalized methods to understand and retain concepts, and I will assist them by providing my own personalized examples. Students learn best when they are actively involved in the process. The main challenge that a professor faces up is to keep the students motivated. The accomplishment wills depend of the professor’s own attitude. Professors that are truly motivated by the subject can easily transmit this to their students. Staying active in research is an excellent way to convey this motivation to the students. Another way to keep the students motivated is using new approaches to teaching and the introduction new technologies and challenges. I will be always encouraged to bring the more advantage knowledge to my students, and to work close to my colleagues in the effort to provide the more actualized and useful teaching techniques. Also, with enthusiasm I will endow my students with training, confidence and the right attitude to the scientific research. I will always look ahead to the future as a professor with great excitement and strong commitment.