Dr. Phillips is well-traveled having completed mission trips in both Guyana and Haiti. He also spent an entire academic year of college studying at the Vatican-run Villa Nazareth Academy under the supervision of Achille Cardinal Silvestrini in Rome, Italy. Dr. Phillips has continued with his desire to focus on international education and connecting students worldwide; he has served on the International Education Committee at Valencia and has presented at conferences focusing on distance learning in North Carolina and New York City. In addition, Dr. Phillips has presented workshops on engaging online learners at the GIEC-BIT conference in Dalian, China, and at the ISETL conference in Denver and Savannah. In 2014, Dr. Phillips was honored with the first place Technology Competition award by the Association of Florida Colleges at its annual conference in Destin, Florida. In 2017, Dr. Phillips was given the League of Innovation national achievement award in San Francisco.

In his spare time, Neal has a passion for music. Growing up, he spent 10 years as a member of the Altoona Symphony Orchestra as a violinist; he has performed solo in South America and Europe as well. He is a songwriter affiliated with the BMI music group and a member of the Nashville Songwriters Association International (NSAI). When not focused on music, Neal escapes with the latest George R. R. Martin novels from the "Game of Thrones" series.

Dr. Phillips lives in Clermont, Florida with his wife of eleven years, Ellen. They have three children -- Anthony, Alexia, and Luke. The family also has two dogs -- an energetic Jack Russell named Lacy and a mischievous Beagle called Barry. 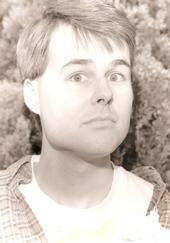 Tuesday and Thursday on Zoom, e-mail, or other method: 9am - 10am